Rituals and the Lasting Impact of Internalizing Culture

As some of you may already know, a cornerstone of our Fundamentals System is the use of rituals, or recurring practices, which enable us to teach and reinforce desired behaviors over and over again. rituals are what prevent a focus on culture from becoming a “flavor of the month.”

It\’s not at all uncommon to run into someone who\’s skeptical about the power of rituals and a clearly articulated intentional culture.  Since it\’s not something that you see in practice very often, some wonder if rituals really have that strong of an impact.

The impact of rituals

Well, allow me to offer some personal insight into just what sort of impact rituals and culture can have.  As many of you have heard, what we refer to as rituals were originally influenced by the daily practice of what the Ritz Carlton calls their “Basics.”  The Ritz Carlton hotel chain has identified 20 Basics that dictate and describe how their employees should act and perform – it\’s their key to delivering consistently high quality service to their guests across the world.  Every day, every Ritz Carlton employee across the world spends time reviewing that day\’s Basic in a team meeting.   Imagine, 40,000 employees discussing and focusing on the same topic every single day.

After joining the team at High Performing Culture, I was at a family gathering discussing my new role and how we help transform people and organizations by giving them the tools to be more intentional and systematic in practicing the daily 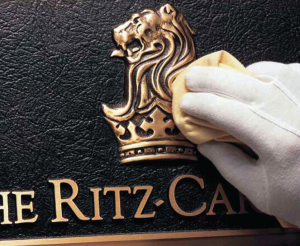 I had forgotten that Matt worked as a Concierge at the Ritz Carlton in Philadelphia nearly 10 years ago.  As we talked further, he mentioned that the daily of review of the Basics had such a profound impact on him that he\’s carried it with him every day since leaving the Ritz Carlton, and that he attempts to bring those same principles to his current role. That daily practice of the Basics became ingrained in his work ethic and, ten years later, he still embodies those same principles.

Too often we lose sight of the fact that employees want to come to work and be successful.  They want to contribute and to know that they can and do make a difference.  The Fundamentals System provides clarity regarding the specific behaviors that every employee should engage in to achieve success, while the rituals that we help companies develop provide consistent and ongoing opportunities to teach and reinforce those behaviors over time.  That is a winning formula for success. How many “Matts” do you have in your organization who are waiting for the right tools, information and framework to help them reach their potential

Questions or comments? Give us a call or shoot us an email.